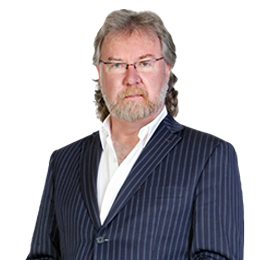 Grant was admitted as a Barrister and Solicitor in 1983 and worked in general practice in Whyalla for 8 years. In 1991, he went to the Bar and was one of the ten foundation members of Mitchell Chambers.  He was appointed Silk in 2009. He joined Elliott Johnston Chambers in November 2017.

Grant practises almost exclusively in the Supreme and District Courts as Defence Counsel in trials for murder and other serious crime, but also in the Magistrates Court, the Youth Court and the Coroner’s Court.  He appears in the Court of Criminal Appeal and other appellate Courts.

He has taught practical advocacy in the SA Bar Readers course and has coached at the ABA Advanced Trial Advocacy Course in Melbourne, Brisbane and Sydney, since 2010.  In 2014, Grant was a coach at the Advanced International Advocacy Course at Keble College, Oxford.

He is currently the Chair at the SA Bar Readers Executive and is the Assessor of the Criminal Advocacy Module of that course.